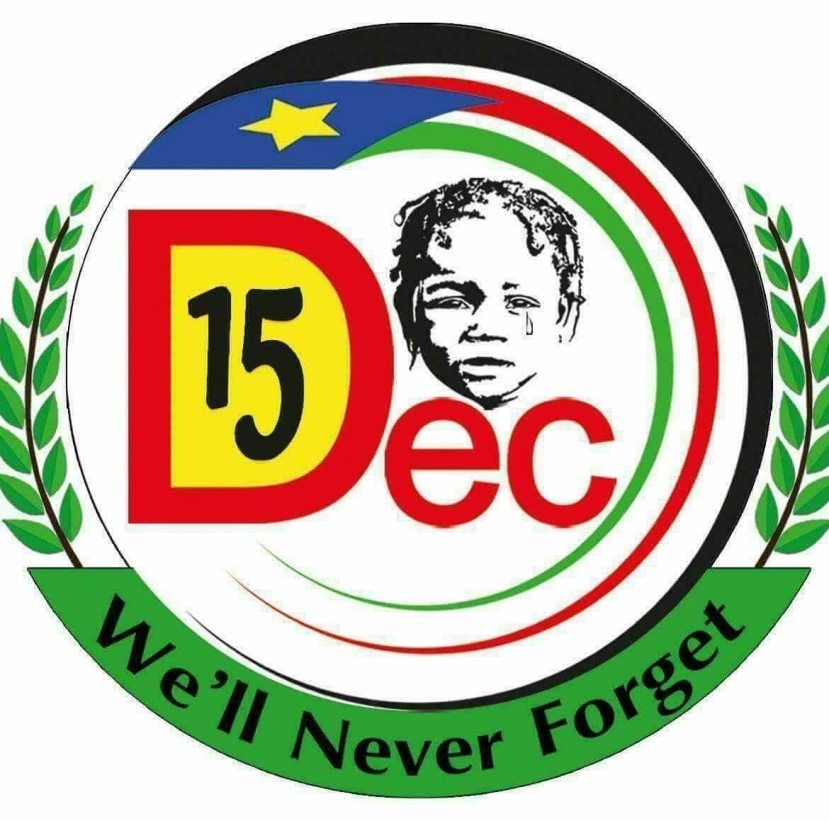 Nuer Community Global Board (NCGB) is a universal body comprises of Nuer Community Leadership across the globe. On this date, the NCGB Organisation is hereby informing the Nuer community leadership and its members, as well as the general public about the upcoming December 15, 2017 commemoration. The fourth anniversary of Juba Nuer GENOCIDE, December 15, 2013, is the day when the Nuer Genocide and other ethnic cleansing among South Sudanese nationals were introduced in South Sudan by the very government. From December 15th  19th, 2013, the Nuer tribe of South Sudan had straightaway lost more than twenty thousand 20,000 innocent lives including children, women, unarmed men and elderly people from the hand of South Sudanese President in Capital Juba. Nuer as a tribe was targeted according to their ethnicity and identity (i.e. their traditional six marks on the forehead and Language).

It was very destructive for President Kiir to train a private militia from his own Dinka tribe without the knowledge of other government officials that held from other 63 tribes, simply to use them against Nuer and other minor tribe. December 15, 2013 Juba Nuer Genocide is beyond description, it was not only an evil act; it was an event that was full of atrocities similar to the 1994 of The Rwandan Genocide.  Chalk and Jonassohn defined Genocide as murder, attempted murder, sexual violence, torture, impaling, slicing tendons, cutting off breasts, and disembowelling pregnant women, among other acts of brutality. Whereas the Nuer tribe were brutally killed in a very humiliating way, including burning children alive, people buried alive, women being forced to eat their husbands dead flesh, gang rapes and boys being castrated. Additionally, their bodies were being collected around the city using trucks to be dumped into the river and into mass graves. The evidence above indicated that the AU report was unfair and due to the fact they defined this brutality as a massacre, while many reports indicate this as exceeding the level of “massacre” and reached that of genocide”.

Moreover, the main purpose of this statement is to increase awareness and instruct the community on how the fourth anniversary of December 15, 2017 will be globally commemorated.  The NCGB is urging its members from all corners of the world to wisely follow these instructions in accordance.  Significantly, the commemoration will take place in two consecutive days, which will be Friday of December 15, 2017 and Saturday of December 16, 2017, where these two days will be for prayers, and services ceremony respectively.  In addition, our global leaders have agreed to use the same logo (new logo) on the commemoration dates. It is therefore recommended that every Nuer community member that is attending the ceremony wear a print T-shirt that has the new logo both in the front and back printed.

Our ultimate goal is to educate South Sudanese nationals, and the entire world about the December 15, 2013, Juba Nuer Genocide and feasibly recognise it as a national ceremonials day for South Sudan and calling for it’s amendment into the constitution. Because, once its put into the constitution, it will help in preventing further atrocities by the government from being practiced on other tribes or groups in the future. As this GENOCIDE will be used by other countries in the continent, as well as the world in general as a reference. Last but not least, the NCGB leadership is sending its condolences to the families of victims who had been brutally slaughtered by the Government of South Sudan in Juba December 15, 2013.

Maduk Muon Kuony, both Chairman of NCGB and National Nuer Community of Australia.